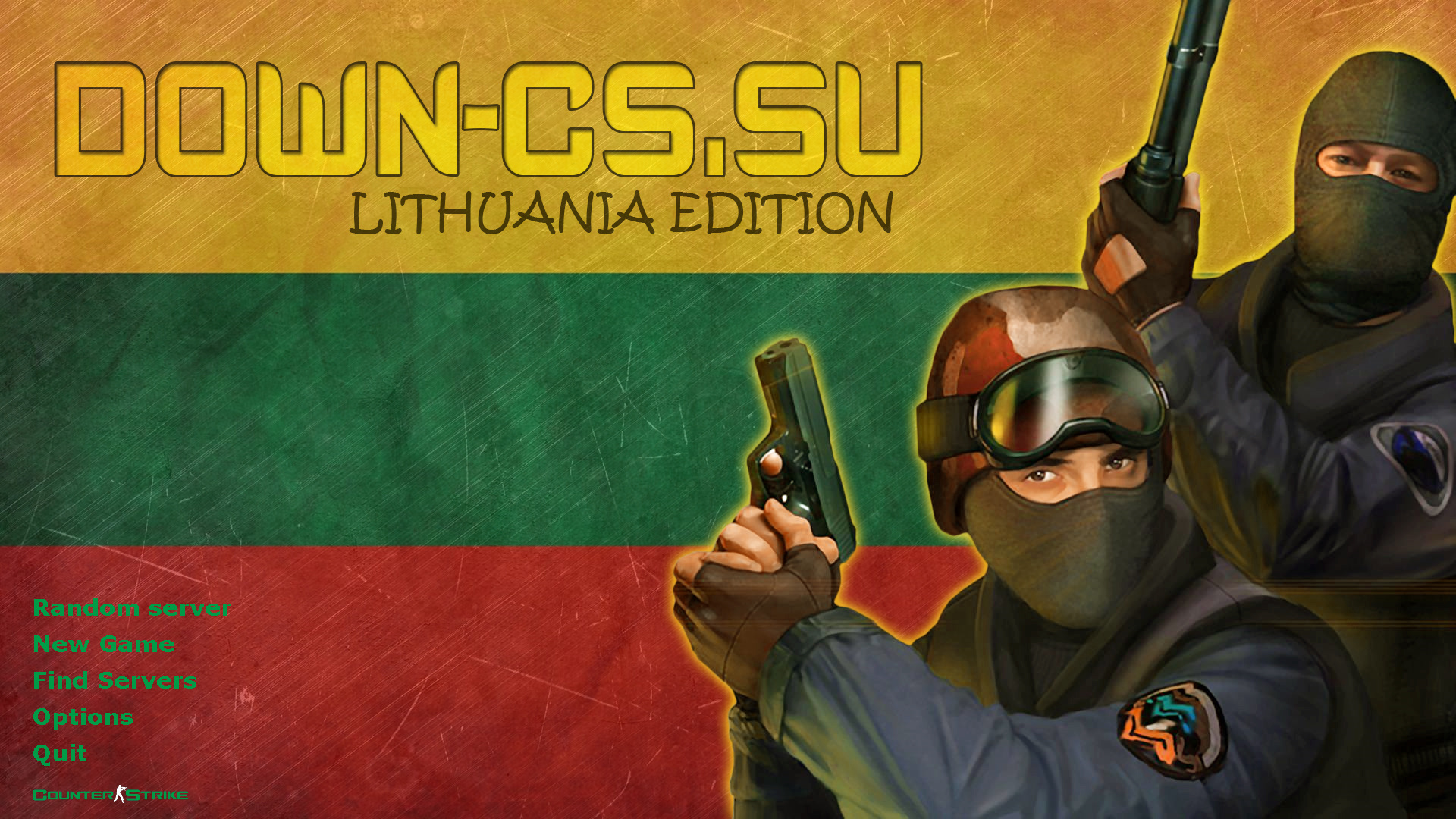 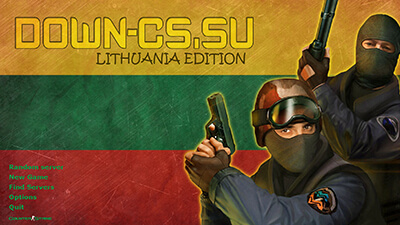 This page will let you download CS 1.6 Lithuania Edition - a version of Counter-Strike designed specifically for the citizens of Lithuania. It includes a lot of interesting features and updates that we will go over very soon but right now we would like to let you know that you can easily download CS 1.6 free via direct link or torrent. Both ways work quite well, but we still suggest you pick direct load because it's the fastest and most convenient method of getting the game.

It's time now to look at Counter-Strike Lithuania Edition in more detail. Right from the start we are welcomed with a great design of main menu that includes a national flag of Lithuania, a remixed version of national anthem and of course a national colors red-yellow-green scheme. After we enter a server we start noticing other things: remade weapon skins which are the better improved versions of classic guns and rifles but with enhanced textures.


CS Lithuania has different player models as well, which are actually old versions of player skins from the first version of the game before the steam release. Those ones look pretty good and create an interesting slightly retro atmosphere making gameplay even more satisfying. The rest of in-game features like HUD and sprites are mostly the same, thus this version is great for players who like original version of the game but feel like trying something a bit new.

In addition to all of that, the edition includes bots (CPU players) which lets you play by yourself, when you decide to train your skill, don't have internet connection or simply want to have some fun by yourself. There's a convenient menu that allows you to configure the difficulty, set the amount and much more. Powerful protection guarantees a complete safety for the game and your PC while playing online, while the server browser includes hundreds of different locations from all around the world.