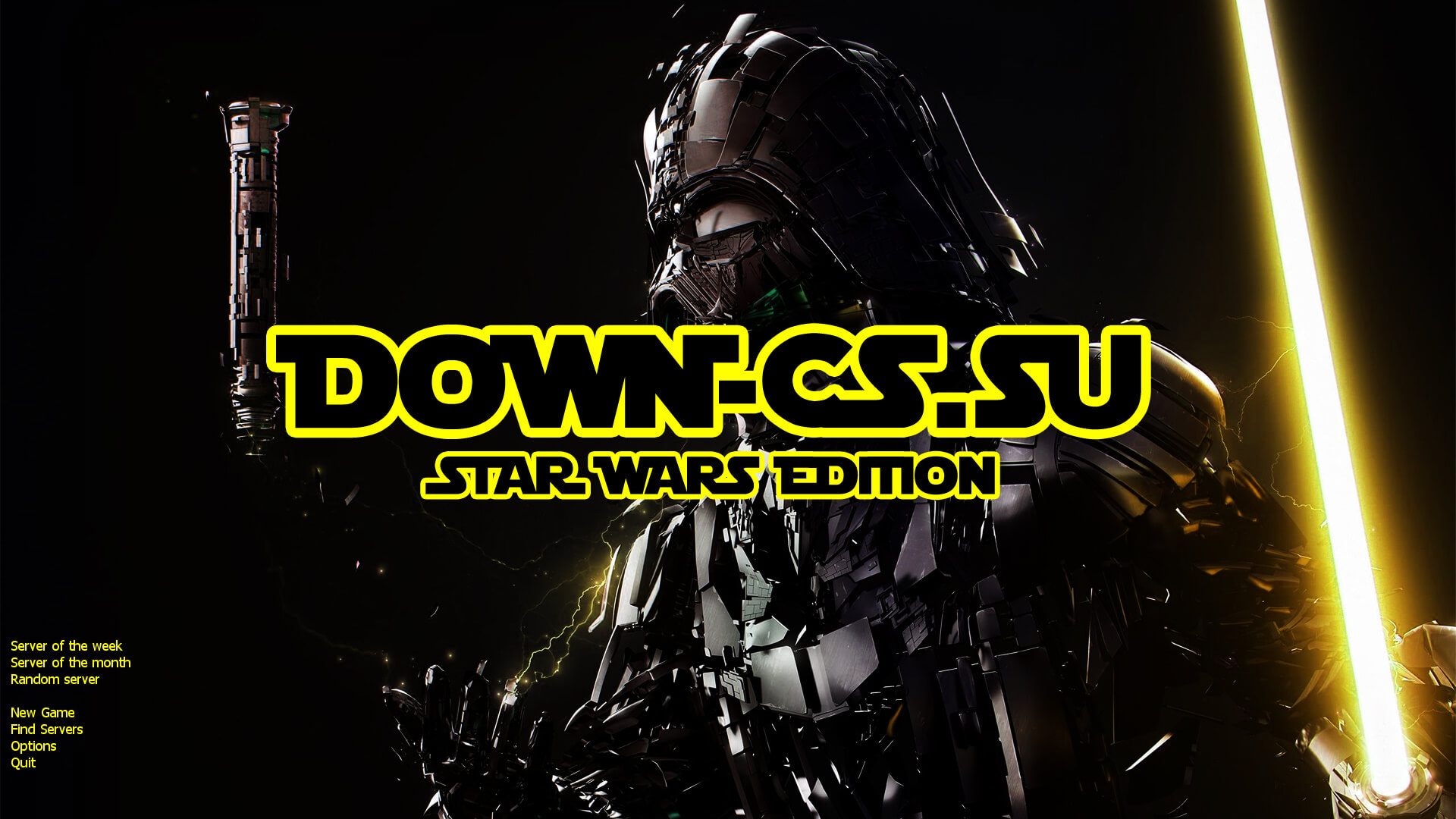 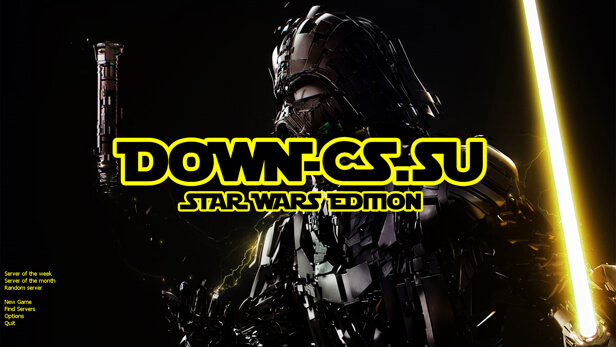 This time we prepared for you something special and for all of the fans of Luke Skywalker we are happy to present and let you download CS 1.6 Star Wars Edition - a brand new version of Counter-Strike for all the Star Wars fans. This amazing edition includes all the essential bits for a great CS: new models, new skins, maps and an awesome atmosphere of the movie it's built around. Therefore space is one of the themes of course, which you can visit in one of the bonus maps while other places represent other planets and galaxies.

After we launch CS 1.6 Star Wars Edition we are welcomed with a great new design of main menu: an awesome background picture with Darth Vader on it, an original star wars soundtrack and a nice dark color scheme. A great start, isn't it? Let's however start a new game and load a map called StarWars to check out what else this CS has to offer. Here we see a space ship which we are on, traveling through space and time while battle ting the opposite forces. New player models are the iconic characters: storm troopers and other famous people from the movie.
New weapon skins is another reason to download CS 1.6 Star Wars. They are identical to the weaponry used in the movie, shoot with lasers accompanied with a laser gun sound and graphically are amazing with HD textures and a lot of polygons. It's such a joy to use them fighting the enemy. Aside from that there are other new features like modified sprites, effects (for example explosions and smoke effects are new and again styled up to the movie standards). Another map is also from Star Wars and has a lot of cool vehicles and props straight from the movie as well.

In addition to all of the things listed above, this CS has a lot of more useful features. First of all, there are bots that we can play with in a single player mode offline. We can use them to fight with at any map available including the bonus maps. A convenient menu helps to configure the correct settings like difficulty, amount of players and such. If you prefer playing online, there are hundreds of servers waiting in the browser. Just remember to sort by ping to find the best suitable ones. A powerful protection makes sure you're fully secure while playing online.