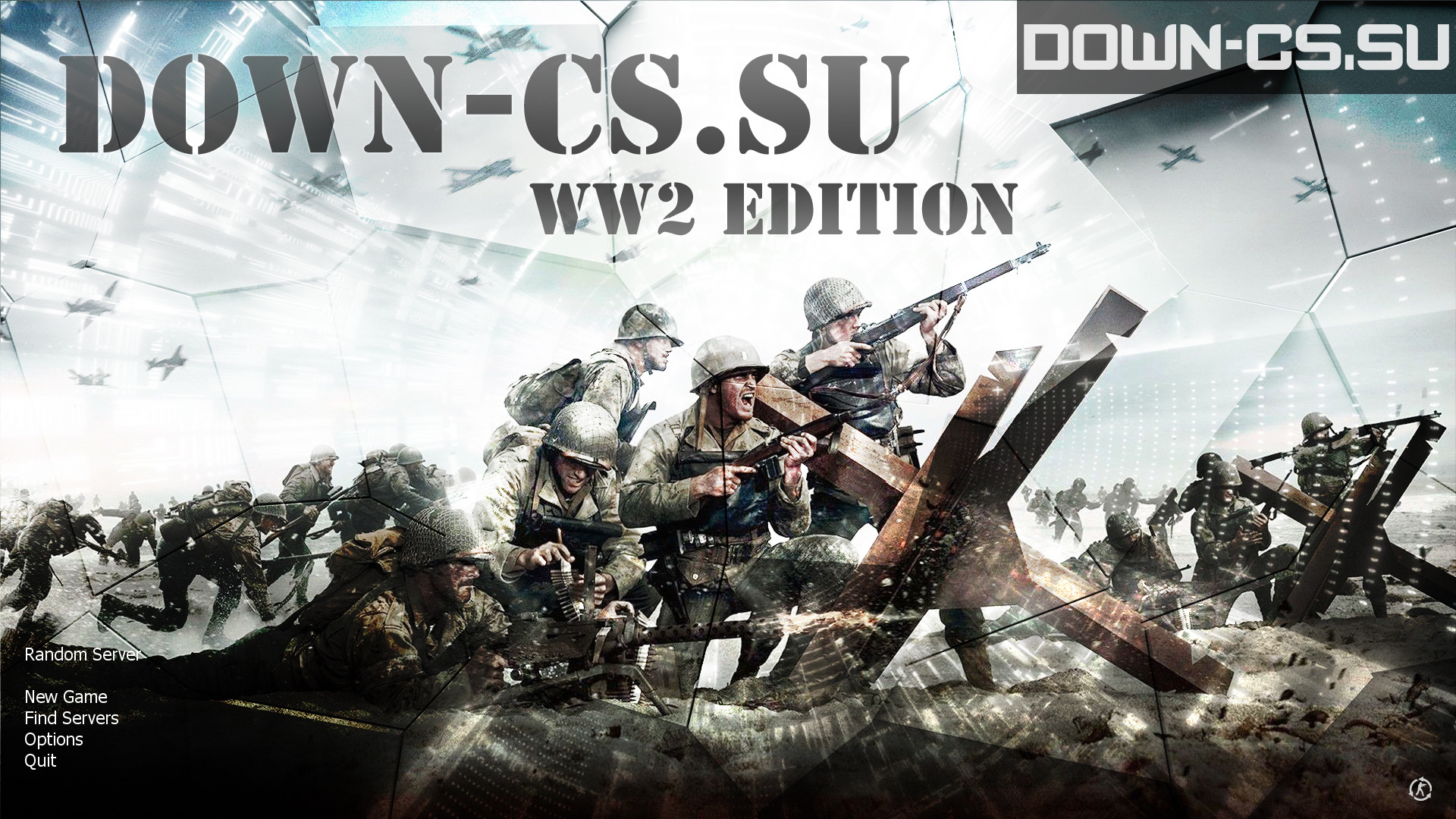 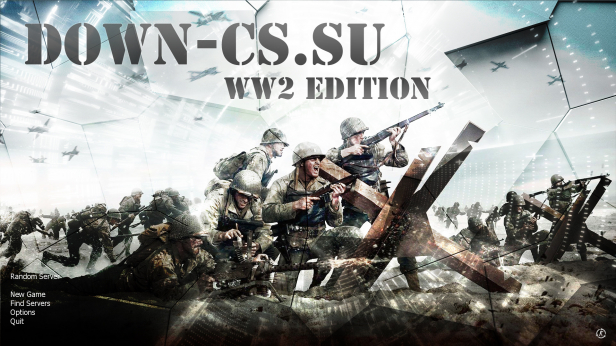 Today we're happy to introduce a brand new exclusive version of the game and let you download CS 1.6 WW2 Edition — a CS that is based on atmosphere of World War II. That is why there are a lot of amazing new models, skins, maps and other features that bring us into this horrific war atmosphere. This edition was requested multiple times by a lot of you guys, which is why we are sure you're going to like it. We recommend to download CS 1.6 via direct link, but you can use torrent too, if you're used to uTorrent for your downloading needs.

Now let's check out CS 1.6 WW2 in more detail. Straight from the start we are welcomed with a great new design of game menu: a war background picture, nicely looking color scheme and amazing soundtrack. But let's start up a server and check out the gameplay. For that we're going to load one of the bonus maps, or perhaps all of them one by one. Bots had already learned them and we don't need to wait for them to process any of the locations. And here we immediately notice how great these maps are and the gameplay hence look like something of a Medal of Honor or a first Call of Duty.
The vibes are amazing and nostalgic as well, especially if you remember playing one of them war games when you were a kid. But let's be more specific. Apart from the maps, there are other reasons for us to download CS 1.6 WW2 Edition. First of all, there are new player models: the SS soldiers against Russian soldiers. VIP player is obviously Adolf Hitler, so don't be to alarm to see him on one of the AS_ maps. Weapon skins are amazing too. All of them are the weapons that were actually used by Germans or Russians during the WW II so it's super realistic.

Aside from that, it's important to notice that this CStrike is based on the latest build 9211 and has a lot of amazing features. Firstly, there's avatars in the scoreboard just like in Steam version. And if you have Steam running it automatically synchronizes with it and shows steam avatars including your own. HP and Money are also visible in the scoreboard. The speed of downloading of external resources is extremely high which makes joining any server super fast. Powerful protection guarantees your 100% safety while playing online.