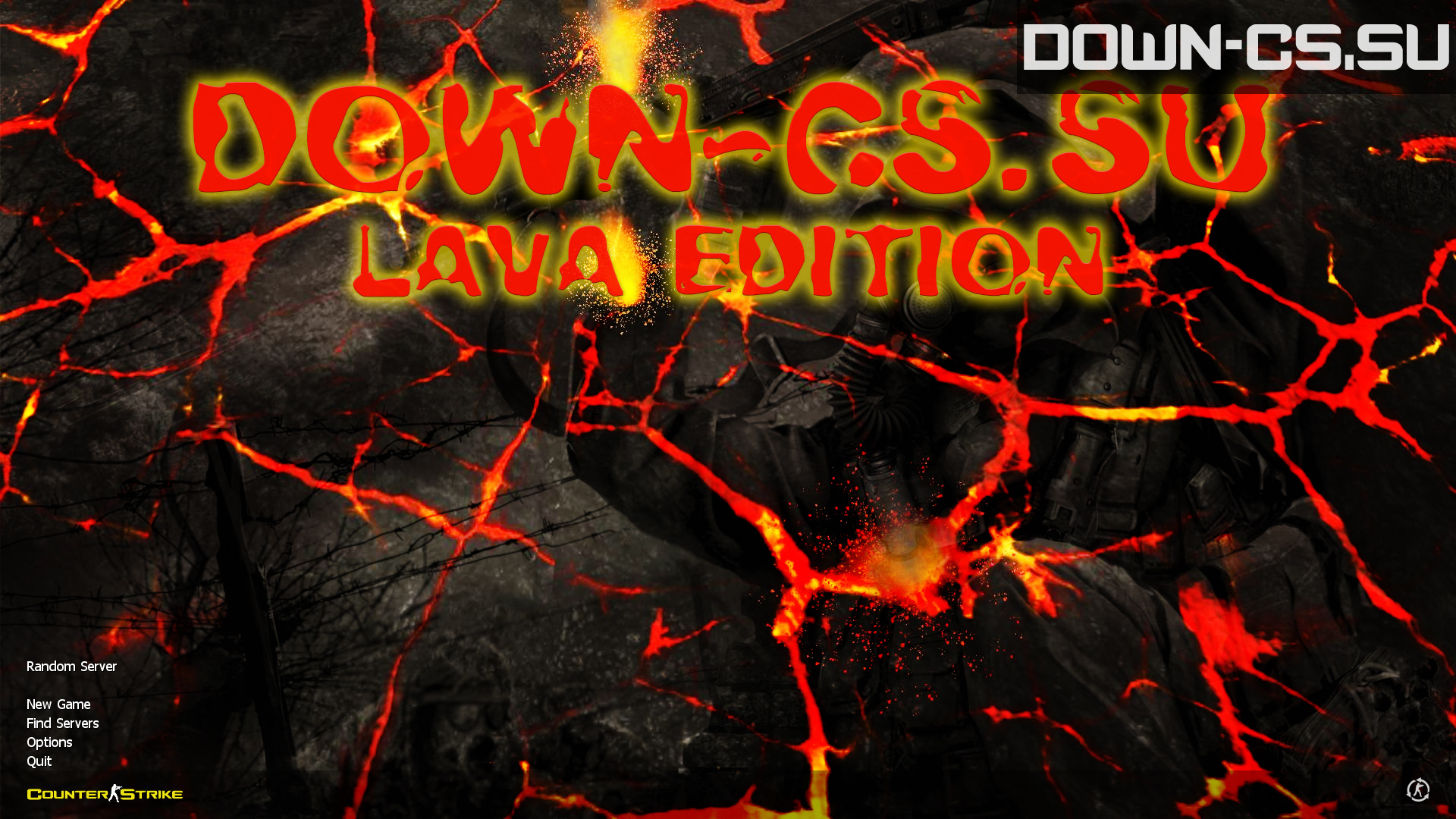 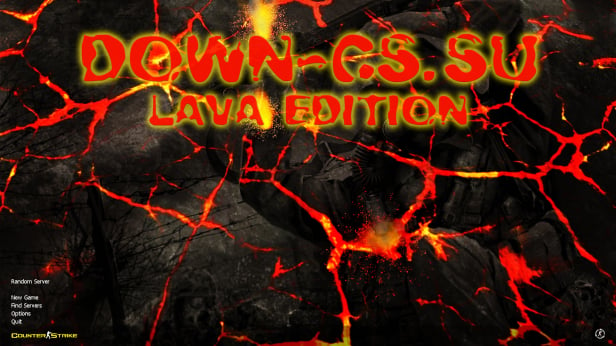 Today we're happily introducing to you a brand new amazing version of Counter-Strike and are going to let you download CS 1.6 Lava Edition — am amazing release of the game that has its own really unique and awesome design. This CS will be perfect for all of the player who like gothic style and atmosphere but for those who like interesting and rather peculiar add-ons this game will also be quite amusing. You can safely download CS 1.6 via direct link or torrent file (first one is the fastest method and the second option is for uTorrent users).

Now let's talk about CS 1.6 Lava Edition in more detail. As we've already mentioned, this CS carries a rather gothic design which becomes apparent right from the launch: a very dark and awesome background picture, a dark color scheme and a powerful soundtrack — that's what the game menu looks like. But we definitely should check out the gameplay, so let's enter a server and see what's it's like on one of the additional maps, this one called fy_satanchrist and carries as you may have guessed a rather satanic theme and atmosphere.
There's a crucifixion cross in the center and a lot of lava and stones all around. The place overall looks pretty much hell should look like so you may imagine it's quite an experience. Aside from the map itself, there's a lot of other new features. First of all, weapon skins are amazing, caring that lava design and looking sharp. But the main reason to download CS 1.6 Lava Edition is of course new player models. Those look pretty much like some demonic characters, or rather normal counter strike characters after being attacked by demons.

Radar and HUD are new too and they look quite nice. Overall, the atmosphere is pretty dark and horrifying, so if you're into that kind of thing, this version will be amazing for you. It's worth mentioning also, that this game is based on build 9211 and has all of it's awesome features: super fast speed of additional resources download, avatars, money and HP in the scoreboard, colored console and much more. Bots are included, so you can have some fun in the offline mode if you so like.